Behavior of Reverence, Behavior of Fellowship, and Behavior of Intelligence are important to youth who are good citizenship in democratic way. The purpose of this study is to study the direct and indirect influence of Psychological Traits, Situations, and Psychological States related to Good Citizenship Behavior in Democratic Way. The sample group in this study was 480 youth. The data was collected for SPSS and LISREL analysis for statistical testing and hypothesis testing. The results showed that democratic behavior in democratic way was directly influenced by causal variables which were psychological states which consisted of Positive Attitude towards Good Citizenship Behavior in Democratic Way, and Mental Immunizing. In addition, causal variables include the psychological traits consisting of, Future Orientation/Self-Control, Belief in Internal Locus of Control of Reinforcement, Need for Achievement, Mental Health, and Situations consisting of Social Norms, Role Model from Others, Parenting with Love, Support and Reason, Role Model from Media have an indirect influence on good citizenship behavior in democratic way through variables of psychological states. And the psychological traits have a direct influence on the situations. 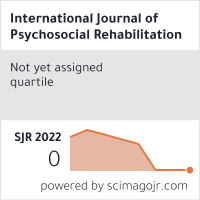